Today, we are pleased to inform that also the set of free components offered for TMS WEB Core can also be directly used from TMS WEB Core for Visual Studio Code via new package files included in the component distribution. 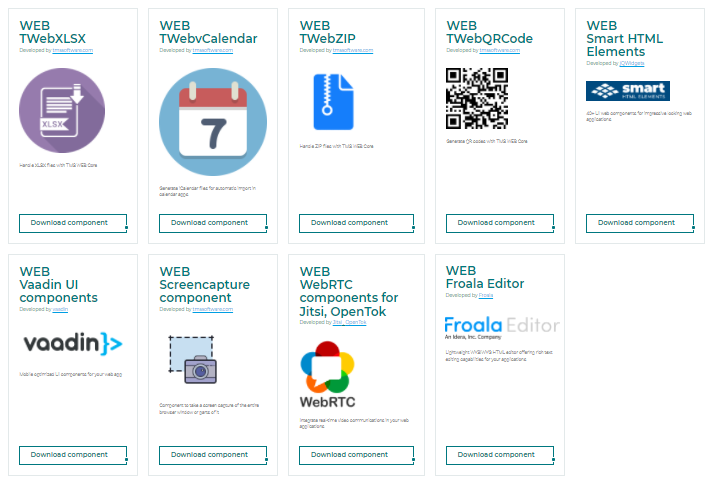 This includes a component to open .XLSX files, generate vCalendar files, handle ZIP file, generate a QR code or to use WebRTC libraries OpenTok or Jitsi. In addition, it includes a package to install the jQWidgets Smart HTML elements component set or the Vaadin mobile UI component set and use it from TMS WEB Core for Visual Studio Code.

Learn everything about free components you can now install with packages in this video by Dr. Holger Flick: