What's cooking in the TMS Labs: moving Delphi and FNC forward (and backward)!

Our ever growing FNC framework now already brings a whole portfolio of components to a myriad of devices and operating systems: Windows, Android, iOS, macOS, Linux, Raspbian, Web ....
So, it is clear that our R&D team is always looking out for new technology and trying to be ahead of the curve. For this reason, our team was excited to be involved in a very forward looking project for a customer that brings Delphi and our FNC framework again on the bleeding edge of technology.
For this project, we researched how we could bring the FNC framework to a new M1 CPU + NVidia Titan V based device that features an AI driven holographic display. We tweaked the Delphi OSX64 compiler to produce M1 CPU code as well as NVidia SIMD GPU instructions to render FNC on the holographic display. When we received the test device here, the results are without a doubt stunning! You can see a glimpse here: 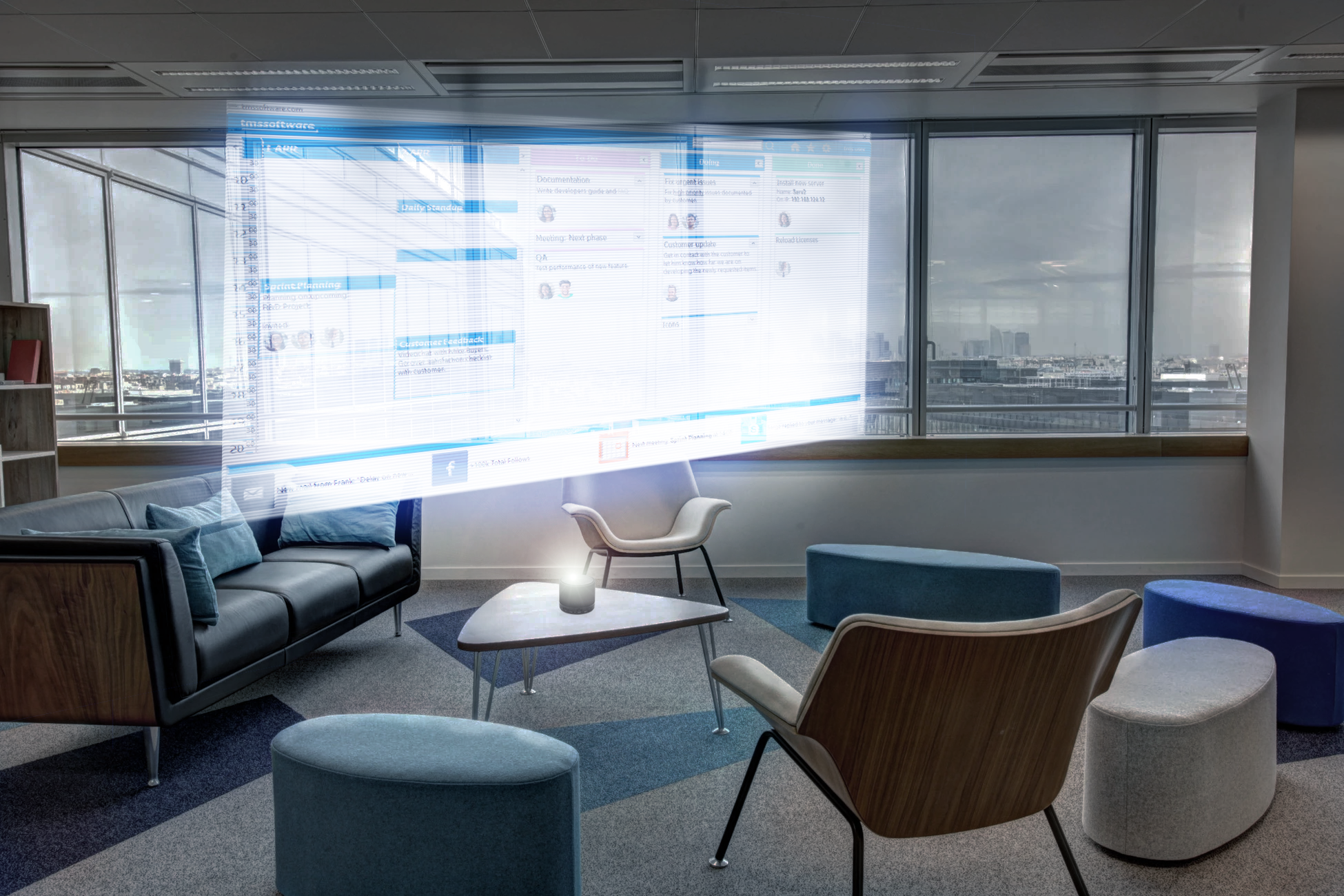 While playing with this cutting-edge technology, our team mesmerized how predictions of technology in movies of the seventies and eighties already got real and we wondered therefore, if we could bring Delphi and FNC at the same time to this for us nostalgic area. A first attempt was to port FNC to the Sharp LR35902 processor and after this was successful, it permitted us to run FNC on the Nintendo Game Boy. It is surprising how crisp the FNC graphics are rendered on the small Game Boy LCD screen as you can witness here: 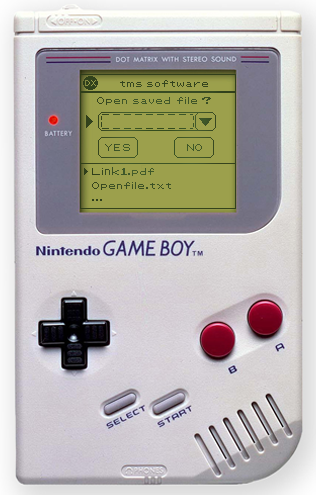 And this achievement inspired us to go back in time even further. Surprisingly this was somewhat easier as making Delphi compile on a Intel 8080 CP/M machine. We tweaked the original Turbo Pascal 8086 compiler to use only 8080 instructions and got it working. It was however a lot more effort to downscale the FNC graphics abstraction layer to a 80x25 character CRT screen. But as you know by now, we are not scared to make our hands dirty in such challenging task. It is with pride that we can share the first FNC components now also running on a CP/M driven Intel 8080 machine from 1974 connected to a Sperry Univac Uniscope 200 terminal. 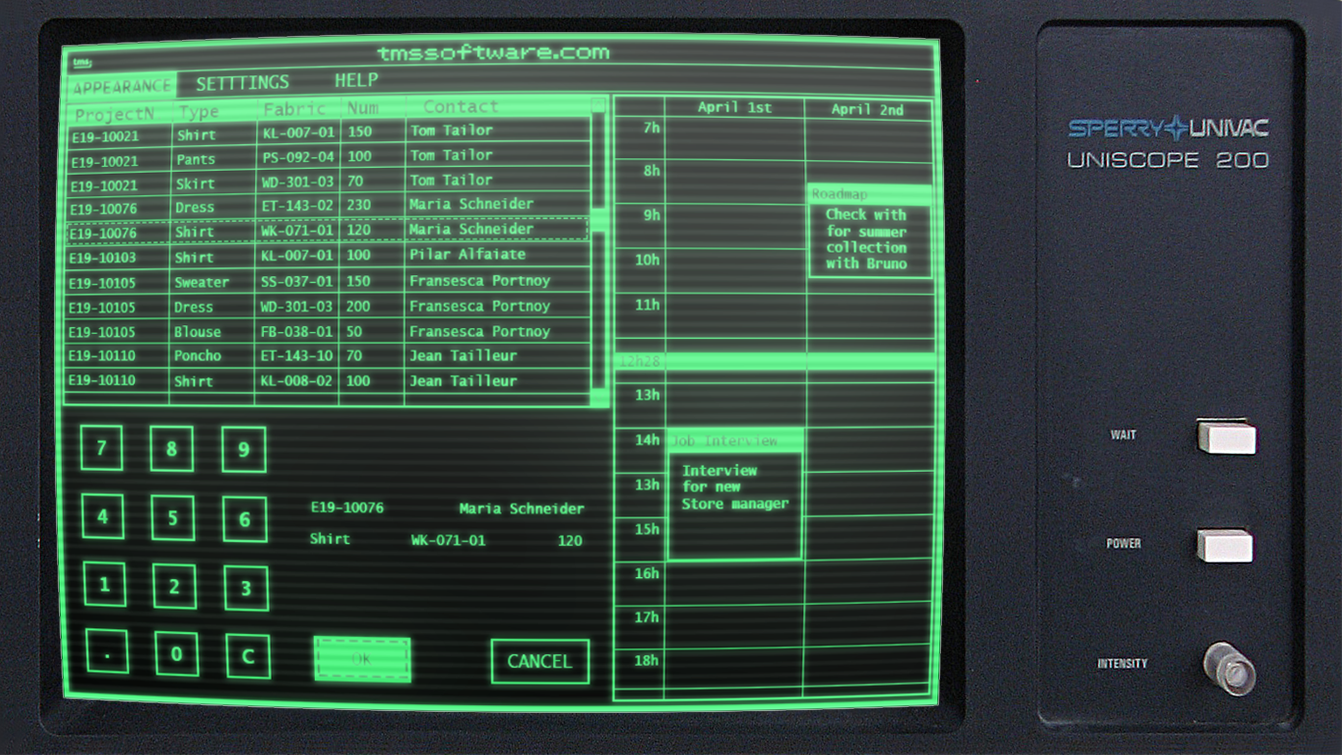 Are you still using devices for which you like to use Delphi and FNC? Let us know, it could become the next challenge of our team! We look forward to hear what nostalgic or futuristic device you would which to bring alive with your beloved development tools.
If you read this far, we hope you did not overlook the date this blog was published and you see that the FNC technology is as a fish in the water on every platform 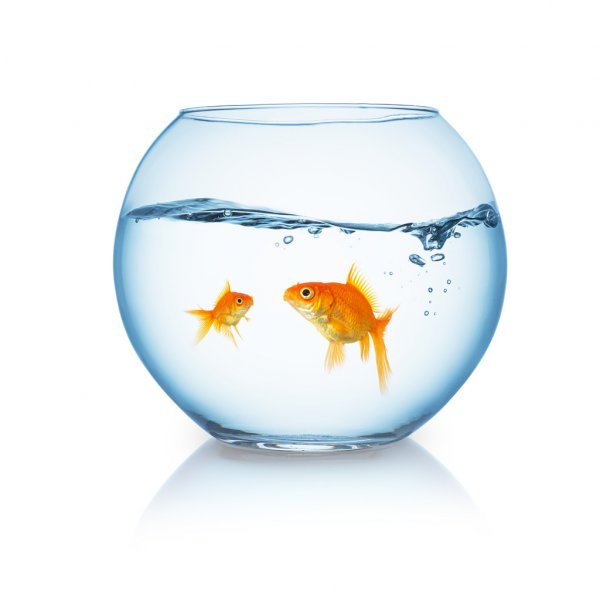 1. Thursday, April 1, 2021 at 9:07:41 AM Greetings from the Czech republic, I''m not sure whether my question belongs to this topic but anyway:
As we can see, Huawei''s Harmony OS has reached a noteworthy market share among operating systems for mobile devices and I''d be interested in TMS (and Embarcadero) plans for adding Harmony OS as a new target platform. As for TMS, extending the FNC suite seems to be a suitable way how to achieve it.

Could you tell me if you''ve been thinking about this? Thank you for the answer and let me wish a great and serene Easter ahead!

3. Thursday, April 1, 2021 at 12:27:48 PM IMHO UI is not everything. TMS can do wonders also for business services.
I would like very much to see Sparkle and TMS XData being transmitted of the very innovative https://tools.ietf.org/html/rfc2549 communication protocol. It could be an outstanding achievement, and perhaps open a new SaaS income for your company, with very good ecological grounds.

Is due for a TMS makeover.

I also have a Commodore Vic20 (with the 8K RAM expansion pack) I can donate if you''re looking for new challenges...

12. Friday, April 2, 2021 at 10:34:41 PM Excellent! I am using the new THotSpotImage on an Epson HX-20. It is a little convoluted to get the code onto the mini-cassette, and interactivity is somewhat compromized by having to print the graphics on paper tape, put a dot on the image, and then scan the image back onto a tape and read into the computer. Maybe in a few years the technology will improve and cut out a few steps.

NOTE: I worked at Motorola in the mid-80''s with a team that was porting Unix System V Rel III to the 68020. The kernel guys had it running on their Commodore 64''s at home. Seriously!