In November 2016, I created a presentation for Embarcadero CodeRage about creating FNC custom controls. You can find this presentation including its source code here: https://community.embarcadero.com/blogs/entry/developing-user-interface-controls-for-both-vcl-and-fmx-with-bruno-fierens Unless you have been living under a rock the past 2 weeks, you have most certainly seen we have recently introduced the technology preview of TMS WEB Core and with that also the news that the TMS FNC framework is now also web-enabled. So, I thought it was a good moment to revisit this November 2016 CodeRage presentation and see how applicable it still is for creating custom TMS FNC UI controls, but this time for using this in the web!
The good news is that this took me less than 10 minutes to get the original custom TMS FNC UI control I created for VCL, FMX and LCL now also working for the web.

to
I did not touch any other part of the code. Next, I copied the code to instantiate this custom control TTMSFNCFancyTrackBar from the test project to the TMS WEB Core test project: 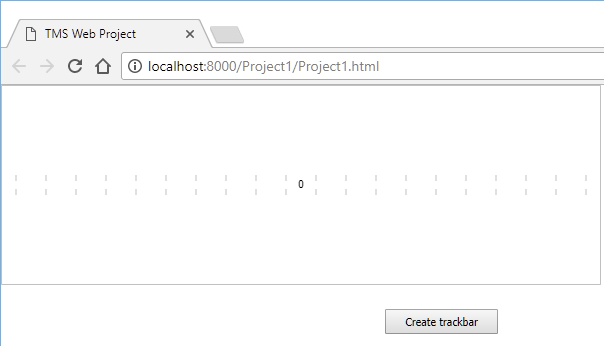 So, a kind of half working trackbar. The tickmarks are displayed and the position value as well but my trackbar background and trackbar thumb were missing.
Then it dawned on me that the most likely reason of the issue was that my custom control didn’t have OnChange handlers for the TTMSFNCBitmap classes that were used as class properties to hold the trackbar background and thumb. When using the code in a native client application, the loading of the images from file is instant and thus, when the native app starts, the images are loaded and being used immediately to paint the control. So, I had never noticed this before.
In the web this is different. Under the hood, we have implemented TMSFNCBitmap.LoadFromFile() via asynchronous loading of the image file via an XMLHttpRequest() object. This means there is no instant synchronous loading and therefore it means that I need to signal the custom control to refresh itself when the images are loaded. This is achieved by assigning an event handler to the TTMSFNCBitmap.OnChange event and from there, Invalidate the control.

With this inplace, the TTMSFNCFancyTrackbar custom control looks 100% identical to the native versions created earlier for VCL, FMX and LCL applications: 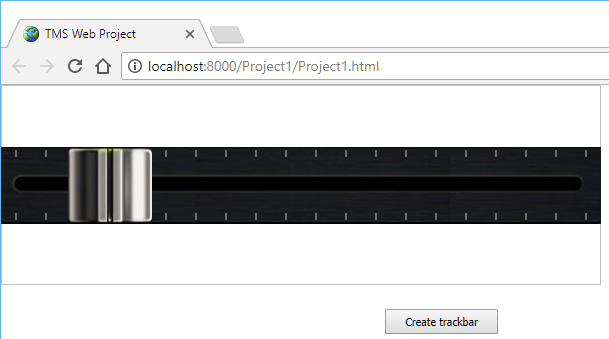 and yes, also the interaction with keyboard and mouse work fine.

If you already embarked on creating custom FNC controls, this means there is excellent news. With little or no effort, you will be able to use these custom FNC UI controls also in your web applications created with TMS WEB Core!
The full source code of the web version of the TTMSFNCFancyTrackbar can be downloaded here but you can as well easily play with it directly from your browser in this demo app: https://download.tmssoftware.com/tmsweb/demos/tmsweb_customcontrol/

Just FYI - just opened test link in Firefox Quantum (58.0.2) - it reacts to keyboard properly, but I have to click a number of times before it reacts to mouse.

Just FYI - just opened test link in Firefox Quantum (58.0.2) - it reacts to keyboard properly, but I have to click a number of times before it reacts to mouse.

5. Thursday, March 1, 2018 at 9:53:21 AM Was a very weird browser specific issue related to mouse capturing but it should be fixed now.
Thanks for reporting this issue!