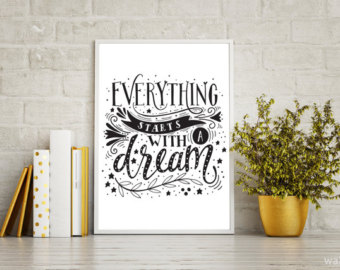 There is the famous quote: "Everything starts with a dream" and many years ago, Michael Van Canneyt, one of the main contributors to the Lazarus and Free Pascal compiler project had the dream of having the Pascal language as a first-class language for creating web applications in pretty much the same way as Delphi developers can since 1995 create first-class Windows applications with the Pascal language and VCL.
Michael Van Canneyt did years of research on ways to achieve this goal, including what the best approaches are to create a high-performance Pascal to Javascript compiler and how to best map the Delphi RTL on Javascript. When Michael Van Canneyt shared his dreams with Detlef Overbeek, editor of the Blaise Pascal magazine, Detlef was so enthusiast that he initially funded the further development of this idea and this enabled to involve Mattias Gaertner to help the development of the compiler. Realizing much more would be needed than just a compiler, Detlef Overbeek got in touch with Bruno Fierens, founder & director of TMS software. Given the expertise of TMS software in UI control frameworks, bundling the forces would finally enable the dream to come true. Bruno Fierens was so thrilled by the idea of having the ability to create modern web applications in a component-based RAD way with the strictly typed and object oriented Pascal language from the Delphi IDE that he put a big part of the TMS team behind the project and even attracted some more brilliant minds to realize this goal. Over one year now, this team closely worked together to bring a first version of the product under the TMS RADical WEB umbrella: TMS WEB Core. The power team that brought this first part of the dream to reality is at this moment:

We have many plans for extending the capabilities of this technology and reach into new territories with new products under the TMS RADical WEB umbrella. Our roadmap for the next years is filled with ideas and we especially look forward to all your ideas & wishes to further extend and steer the plans for innovative new developments.

1. Friday, February 23, 2018 at 12:32:01 PM What about making it compatible with Lazarus?
Since the pas2js compiler is FPC-based, and OpenSource, and since your great FNC components are already working with Lazarus, it may make sense to have RAD integration into Lazarus.
Some non-Delphi users may find a way back to modern object pascal, and could easily afford to pay your components - without the huge amount of the Delphi license itself.
And, as a positive side effect, it will help OpenSource by which you received so much in this project (I mean the FPC compiler itself).

4. Friday, February 23, 2018 at 4:24:25 PM I cannot wait for this release to happen to review and check whether it will work for my company. TMS has always given the best software for Delphi, hoping they continue with this new product. This is nothing but great news for Delphi programmers.

5. Friday, February 23, 2018 at 5:17:37 PM I own several of the TMS products including the FNC pack, and I do really excited about the WebCore new product line.

I have some thoughts:
- Like Elevate Web Builder, the compiled web pages must be looking professional with its default style, you know, if you choose Delphi + WebCore over plain html/css/js, we want the productivity, if we as the user need to tweak the styles to make them looking good, it''s a lost of productivity.

- Does it support debugging in the IDE? It''s not a show-stopper but obviously debugging adds significant productivity gains.

- FNC UI Pack officially supports XE7 only, but with very little modification I got it support XE4, I wish you consider support my poor xe4, but it''s your call.

7. Saturday, February 24, 2018 at 10:00:43 AM @Arnaud:
We have an excellent cooperation with the pas2js compiler team and we have been closely working together for quite some time now. We do help the team already and Lazarus will be helped by fruits of the work. It costed us 6 months of work so far to do the integration in the Delphi IDE. This alone is a huge investment. We can''t do all at once but we certainly consider & investigate integration in other IDEs when financially feasible. We also consider free levels. Just take in account that our current team is already maxed out in work we can handle. A day has only 24 hours and these things take time. So, over time, all these options are considered, will be worked on, will become avaiable. As the blog mentions: "Everything starts with a dream".

8. Saturday, February 24, 2018 at 10:09:22 AM @Zhihua
With respect to look & feel, our goal is that out of the box, TMS WEB Core applications look clean and look WYSIWYG as shown on the Delphi form. At the same time, it offers optionally capabilities to bind to HTML page templates, fully use CSS and integrate with frameworks like bootstrap. So, the user can really decide.
More insights about this can be read in this blog:
https://www.tmssoftware.com/site/blog.asp?post=439

About debugging, a blog has been written about it:
https://www.tmssoftware.com/site/blog.asp?post=441

The main reason for FNC to support from XE7 and newer is the compatibility with the FireMonkey framework. The FireMonkey framework has several breaking changes along the way from Delphi XE2 and Delphi XE7. So supporting XE7 and newer is especially to have cleaner code for FMX. Real & proper support for FMX in XE4 is far from "little modifications".

And in your press release TMS states that will be promptly adaptable to ani JS framework. How is that possible ?

11. Sunday, February 25, 2018 at 1:27:15 PM As there so many possible products/product combinations someone might come from or someone might want to move to, it is always best to contact sales to ask for a best possible offer.

Since sencha is under INDERA umbrella it tkae no brains suspect that either you or Embarcadero woul jump to the Sencha wagon.

But anyways... jQuery is already a master piece in the game.