This isn't the first funny Windows 10 behavior I encounter that makes a developer scratch his head but I thought to share this particular one.

As it happens, here at TMS software, we quite often deal with grid related code, be it with our VCL TAdvStringGrid or FMX TTMSFMXGrid or FNC TTMSFNCGrid and when doing some testing code for our grid, why not create a new Delphi project Grid.dproj. To my surprise, compiling & running this app from the Delphi 10.1 Berlin IDE shows a funny black notification window for a moment on startup. The notification changes randomly and always informs about some shortcut keys.
My initial thought was that our grid code somehow erratically triggered something in the new Win 10 toast notification code in the Delphi 10.1 Berlin VCL. But no, even after removing our grid component, the notification kept coming. The app reduced to its minimum of an empty form with a single label shows the notification on startup. 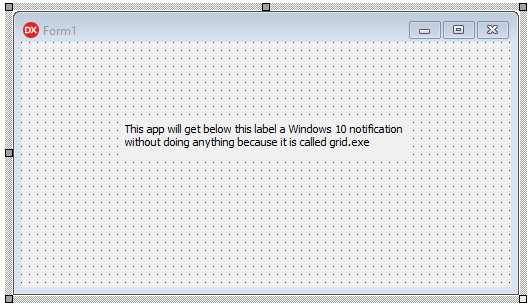 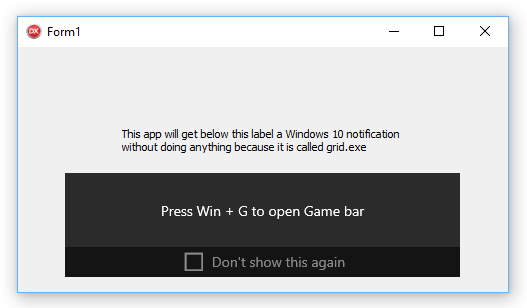 Then we created a new application, called Project1.dproj and surprise,... no such shortcut notification. Next logical step .. compare the grid.dproj file and the project1.dproj file to see if there was some difference in the .dproj file that could trigger this behavior. But no, no suspicious differences found.
Next we suspected a virus and therefore tested the app source on a different Windows 10 machine and the magic notification popped up again.

At that point, Google is your friend and after a quite long search, it leaded to suspect the XBox games Grid and Grid2 where Windows shows a notification of shortcuts for games. Searching the XBox store indeed reveals such game Grid and Grid2. 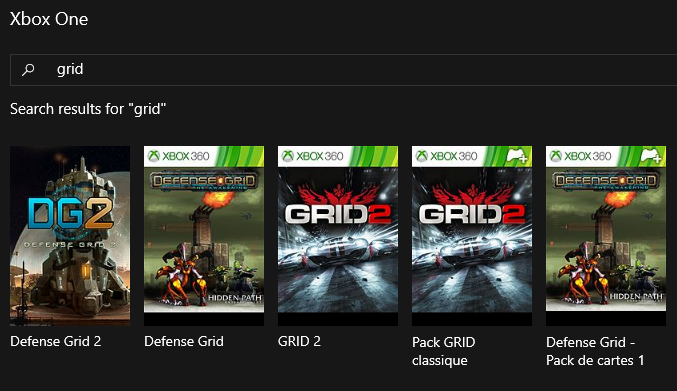 And yes, renaming the Delphi project to grid2.dproj will also make the notification appear for grid2.exe but not so with grid3.dproj or any other combination.

Being still intrigued by this Windows behavior, we thought that Windows 10 had perhaps some registry key that contains apps for which to show these notifications on startup, but nowhere grid.exe or grid2.exe could be found in the registry. That leaves us with the assumption that somewhere hidden in the Windows 10 source code, there must be a hardcoded reference to grid.exe and grid2.exe.
Conclusion in a nutshell: do not ship Delphi apps named grid.exe or grid2.exe to your customer if you want to avoid your customer asking questions about a weird notification coming up. :)

Probably not the registry but somewhere else.

2. Thursday, July 07, 2016 at 10:58:15 PM I really appreciate you taking the time to share this. While I have no Windows 10 projects in my immediate future, I have been on the other side of trying to track down this kind of bizarre bug in the past.

Thanks for the "heads up".

5. Monday, April 02, 2018 at 11:22:57 PM Actually, no - what is happening is that Windows is identifying Grid as a GAME - that is the MS game bar for streaming of games. This is entirely due to the integration with XBox found within Windows 10

There is a "Record game clips, screenshots, and broadcast using Game bar" - turn that off