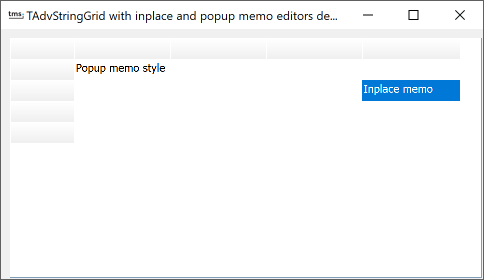 
So, with dropping the right components on the form and writing just a few lines of code, an inplace memo editor can be used that features scrollbars.